In mid 1990s middle school language, “frequent flyers” referred to the students who were frequently referred to the assistant principal for (what was deemed by a classroom teacher to be) inappropriate behavior. I was a middle school Language Arts teacher and team leader at this time and enrolled in graduate school pursuing my master’s degree. One of my graduate classes required an action-based research project.

Greg’s school day routine was to wait one nano-second before the bell rang, sprint down the hallway, jump through the classroom door, hang from the door casing with mouth wide open, tongue hanging out, while bellowing “Aaaaiiiirrrrrr Jjjjooorrrrddan!” His unconventional entry into class is one of his habits that earned him frequent flyer status. Personally, I found his energy, timing, and athletic ability to be impressive. The other students absolutely loved it. It actually motivated them to be early to class to make sure they didn’t miss Greg’s arrival.

Greg and I reached an understanding. On the days that classroom speakers were scheduled, he would enter the room in a conventional manner, greet the speaker, and sit down (in one of his) assigned seat(s). Company manners, I explained to the class, is when we are all (including the teacher) on our best behavior. Also, Greg agreed that he did not need to enter all of his classes as Michael Jordan on every single school day. My classroom was perfectly located for his showmanship because I was at the end of an isolated hallway. Other classes, like the gymnasium, were prone to congestion. He agreed to cease and desist his antics when they were obviously disruptive. We agreed to revisit the arrangement as needed. He was happy. I was happy. The other students were happy. Most importantly, his grandmother (with whom he lived) was happy because he had fewer office referrals.

Greg and his grandmother attended Baptist church services every Sunday and sang in the choir. So, when, as a class, we were going over the choices for after school recreation, and Greg asked me, “You know what we should do, Miss?”

“We should start a gospel choir!”

Several other students loved this suggestion and started calling out names of hymns and names of gospel artists (Kirk Franklin being by far the most popular).

“Our gowns should be purple!”

“No, purple is lame! Our gowns should be red!”

“I want to do a praise dance!”

Anyone who has taught middle school knows the cacophony. I assured the students that I would talk to the administrators and see if I could sponsor a gospel choir.  Every 3-minute passing period was abuzz with, “We’re going to have a gospel choir!” talk. I soon had a list of students (all frequent flyers) who wanted to be in the choir.

Administration gave me the OK. My professor gave me the OK. I resolved to try and, like always, when I resolved to do my part, opportunities became apparent. While browsing a catalog, I saw T-shirts emblazoned with, “If you don’t believe in angels, you haven’t heard me sing!” I typed up the saying, added a clipart angel, and made sheets of adhesive labels.

During lunch recess, when the entire seventh grade was on the school yard, I found the students who had indicated interest, showed them the label, and told them that I would be honored to have them help me start a gospel choir, and hoped they would proudly wear this sticker. They were joyous. I was joyous. The playground monitors were joyous because the frequent flyers were busy doing something productive.

Next, grace appeared in the form of a former student who played the piano, specialized in gospel music and needed some community service hours. Step-by-step, the gospel choir was created. The former student attended the nearby high school and knew some of the frequent flyers (who soon became known as “angels”). In addition, one of his close friends was a preacher’s kid (PK) who had practice directing church choirs as well as being a gifted singer. 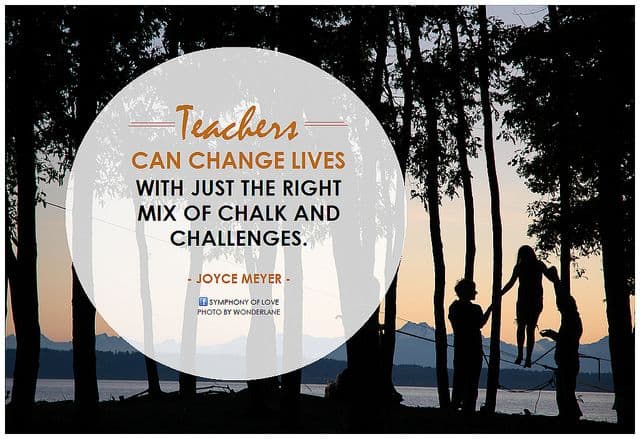 “Just think of a kangaroo!” the big-as-a-room-full-of-pillows woman chortled. “Then you will remember my name; it rhymes with kangaroo: Mrs. Ducroix!” I was enthralled with my third grade teacher from the instant I spotted her—all 250 pounds of her—my imagination was ignited and captured by the kangaroo imagery. After school, as I colored at the…

“CMack’s Angels” used the vocal music annex for rehearsals. It contained a piano and risers; the students inevitably arrived before me. They gathered on the annex porch steps and loudly insulted one another. Overlapping accusations of “big head,” and “fake Nike,” and “butter teeth,” and “big juicy girl” could be heard by the neighbors across…